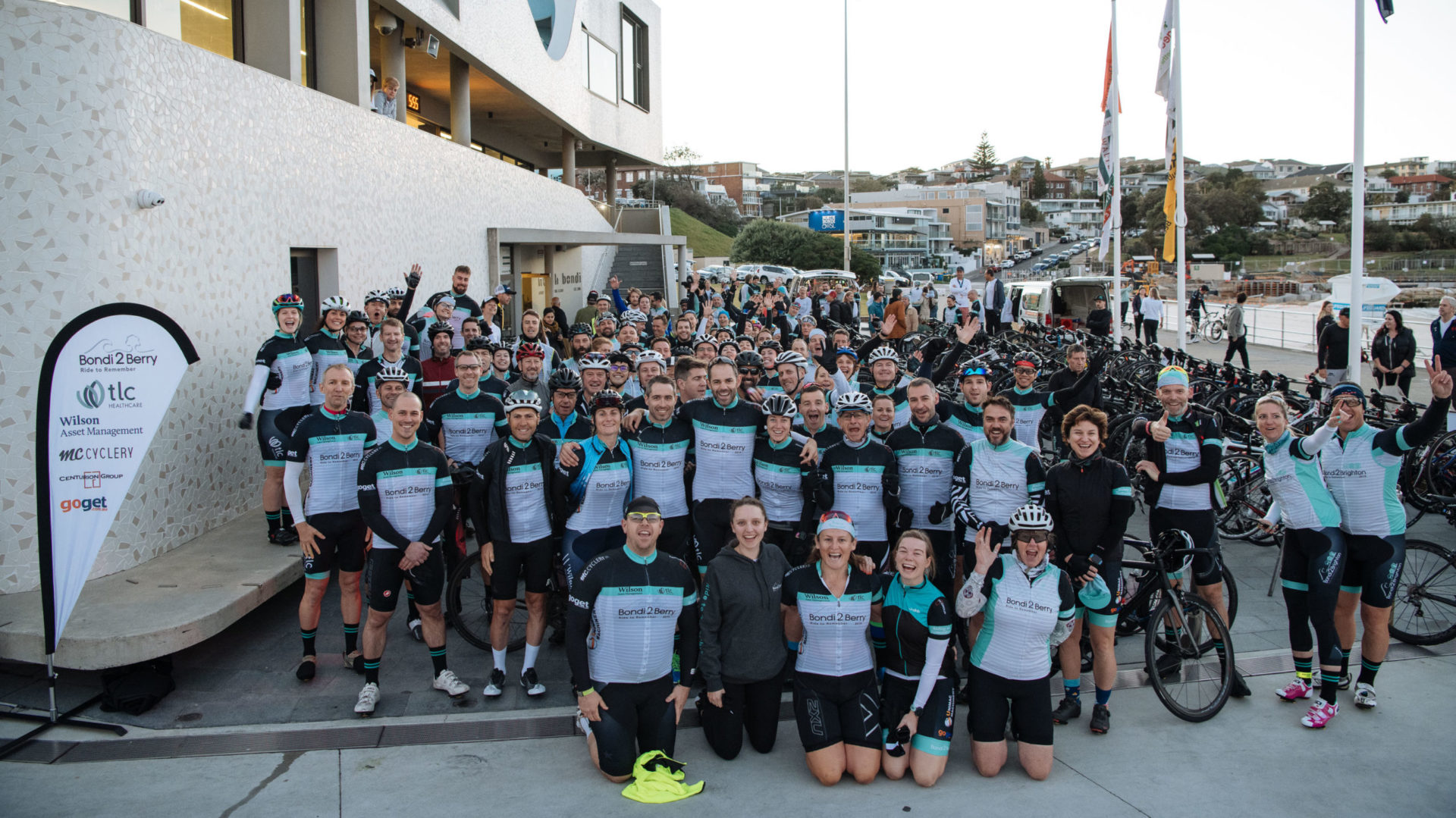 Why were you inspired to take part in last year’s B2B?

I was inspired to take part by my father who had died in November the previous year. My father had lived with Alzheimer’s for seven years before his death and I wanted to do the ride to honour my wonderful dad and to raise awareness and money for Alzheimer’s research and support for carers.

Brilliant! The wet and windy weather didn’t impact on the event. All the training rides had done the job of making the ride so much easier and the team spirit was strong. The support from the organising team was excellent – with cars following and leading the groups, refreshments provided along the way and an excellent stop and presentation in Kiama.

They were invaluable! When I signed up for the ride, I had never ridden in a bunch before. I had no idea how to follow and what things like ‘rolling’ meant. The ride captains patiently helped us gain those skills, giving us the confidence to ride in the bunch on the day. The other thing that was incredibly meaningful was sharing our stories as we did the training rides. I made some really good friends – there were such lovely people taking part.

Did your riding and fitness improve?

Yes – enormously! Once we had got over 100km in the training rides, every ride set a new record for me. My ability to spend longer in the saddle improved enormously and I gained some really good bunch riding skills (although I still have a lot to learn!).

Will you take part in B2B again this year?

Yes, I am looking forward to taking part in the B2B this year – just trying to twist the arms of my support crew (my best friend, Joanne and my husband, Andrew) to join me again.

I raised funds by using social media (regular updates on Facebook as I completed training rides and LinkedIn). I also put a tag at the end of my email signatures to help get the word out. Finally I talked to close friends and family who were all happy to contribute some money to Dementia Australia in honour of my dad.

Feel free to add in anything else?

Since doing the ride, I have had two of my closest friend’s parents diagnosed with Alzheimer’s disease. This year I would like to dedicate my ride to their battle – to Stasia Franken, Hugh and Fenja Clarke.

Would you recommend the ride to others? If so why?

I highly recommend this ride to anyone who has been touched by Alzheimer’s or knows of people who have. It is a ride with an important mission – to raise awareness and money for Alzheimer’s research. The organisers are amazing and it will be an event you will never forget.

Email: bondi2berry@gmail.com
Week 2 of the #bondi2berry photo comp 📷 and tha

Thanks to everyone for getting into the #bondi2ber

Happy Mother’s Day to all the mums in our world.

@bellagiocafe have you sorted for Mother’s Day g

All smiles as we ride in pairs while the weather i

Thanks to @sunriseon7 for a positive news story ab

Today we pause and remember our fallen. Lest we fo